Home / Antique Buddhas / The Oldest Buddhas in the World 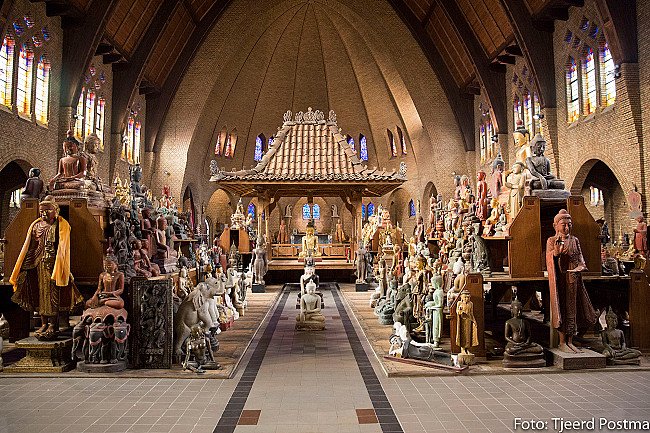 The Oldest Buddhas in the World

Buddhism is a no theistic religion which was founded by “the enlightened one” Gautama Buddha 2500 years ago. Buddhismconsists of various practices, tradition and beliefs which are largely based on the teachings of Lord Buddha. There are lots of statues that were built and constructed with respect to the Lord Buddha and Buddhism. There are uncountable Buddha statues in the world in the present. We can find Buddha statues from the ancient times. In recent news, the archeologists have unearthed the remains of “the earliest ever Buddhist shrine” in Lumbini. And there are some Buddha statues that were constructed in recent years.

Here is a list of some of the oldest Buddha statues and shrines:

One of the ancient kingdoms, which is located in the northern Pakistan and northeastern Afghanistan, Gandhara was the center of Hindu culture and Greco-Buddhist culture. Gandhara culture took a height of a peak during the reign of the Great Kushan King Kanishka (128-151). He was a great man who had a great belief in Buddhism and so Buddhism spread out to Central Asia and Gandhara became the holy land of Buddhism under the Great Kanishka and many Chinese pilgrims were attracted to its monuments. Under the Kushan rule, Buddhism flourished to far place and Lord Buddha was represented in human form. They built some of the oldest Buddha statues and they even enlarged the old and antique Buddha statues.

Some of the oldest Buddha statues were recorded in the city of Gandhara.