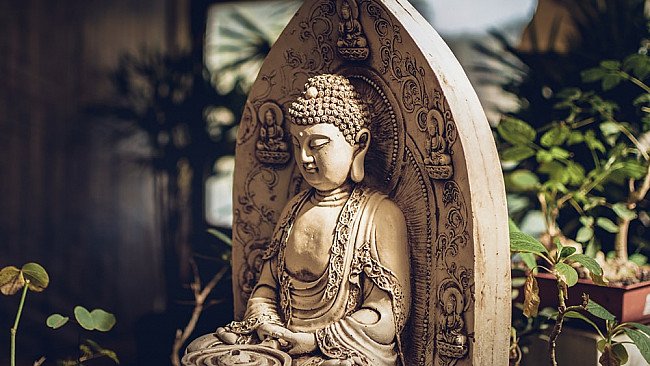 Two groups within Myanmar, the Mon and the Pyu, absorbed Buddhist teaching early. While the Mon were centered in central Thailand, the Pyu established the first Buddhist capital in Shri Kshetra (near modern Prome). Tang Chinese sources mention the Pyu state as Buddhist, but, following the incursions of the Nan-chao of Yunnan, little is known of its culture. With Burmans and their establishment of the city of Bagan in central Myanmar (850), we can begin to trace the local history

King Anawrahta (1044-1077) unified the kingdom and is traditionally said to have captured the tripitaka from the Mon city of Thaton, along with Buddhist monks and artisans. The influx of texts and monks into Bagan led to the construction of more than two thousand temples over the next three centuries and ensured a place for the sangha (monastic community).

Connection with Sri Lanka (where Early Buddhism based on Pali texts was practiced) appears in a twelfth-century Sinhalese invitation to Bagan monks to be ordained in Sri Lanka. Since it is believed that a monk’s ordination follows a line of valid ordinations back to the Buddha himself, connection with the Sinhalese Buddhist order established firm ties that remain unbroken today. However, this affiliation led to sectarian dissonance with the existing Burmese sangha, whose lineage was based on the two missionaries, Sona and Uttara, purportedly sent to Burma by the Indian king Ashoka more than a thousand years earlier.

The value placed on a connection reaching back to the time of the Buddha is echoed in the belief that relics, such as the hair relic at the Shwedagon stupa, or images, such as the Mahamuni Buddha in Mandalay, have come directly from the Buddha. The hairs in the Shwedagon stupa reinforce the belief that the stupa is the Buddha, along with symbolizing the enlightenment, the various qualities, and the teachings of the Buddha. The Mahamuni Buddha, an image that tradition says was consecrated by the Buddha himself, lends legitimacy to the ruler within whose realm it exists and is considered particularly auspicious for those who revere it.

The Mahamuni Buddha is cared for in ways that illustrate aspects of Buddhist worship. At four o’clock each morning, temple officials bathe the image and brush the Buddha’s teeth – an activity not unique to that Theravada temple, as this excerpt from a Mahayana sutra explains:

If the Buddhas, tathagatas, are in this way given various offerings, banners, parasols, and cushions – displayed before the Buddh, multifuriously adorning him, and the marvelously scented water is used to bathe his noble form, the dark smoke of the burning incense will carry your mind to the dharma realm. Futhermore, if you celebrate the extraordinary merit of the Tathagata with food and drink, percussion, and stringed music, you will manifest the superb vow to direct [your mind] to the supreme ocen of omniscience. The merit thereby produced will be immeasurable and without limit; it will be perpetually continued [through successive rebirths] to the point of enlightenment.

The relationship with Sri Lanka was renewed over the centuries, ensuring the dominance of the Early Buddhist tradition (called Theravada today). Still, evidence of Mahayana Buddhism with tantric influences can be seen in the art of certain temples in Bagan – although the imagery of the Buddhists of Bagan, a city that thrived for almost five hundred years, concentrates on the previous lives (jatakas) and the historical life of Shakyamuni Buddha. Produced in great number, Shakyamuni images generally depict the Buddha in bhumisparsha mudra (earth touching gesture), a reference to his calling on the goddess Earth (Burmese: Wathundaye) to witness his resolve.

Another popular Burmewse configuration involved the Buddhas of this kalpa (era), Kondanna, Konagamana, Kassapa, and Gautama. These four often adorn the four sides of a stupa, or the central pillar of a temple, such as the great Ananda temple of Bagan, or the later Kyaik Pun Paya in Bago. The continuity of the iconography, with stylistic changes, results from the relative constancy of the tradition. One additional representation of the Buddha that was popular with the Burmese in the parinirvana image, often created in enormous scale, as well as in painting, represented in this volume by a later lacquered and gilded manuscript box.

During the reign of the great king Dhammaceti (1472-1492), who ruled Burma from Bago in the south, three religious missions went to Sri Lanka, upon their return a mass reordination of monks took place. Dhammaceti had been an ordained monk, and he is credited with reforming the monastic order, which had fallen away from its rules. Close ties between the lay and monastic worlds are maintained in the shinbyu ceremony, the admittance to the sangha (however brief), which all Myanmar boys or young men must undergo.

Apart from the religion, Burma is also famous for all its undiscovered and unexplored wealth of Buddhist art. With peculiar styles depending upon the time frame in the nation’s history, these antique Buddha statues are famous for their sheer authenticity and craftsmanship. So, if you are interested in getting these wonderful pieces of art then you should visit our online gallery in our catalog.