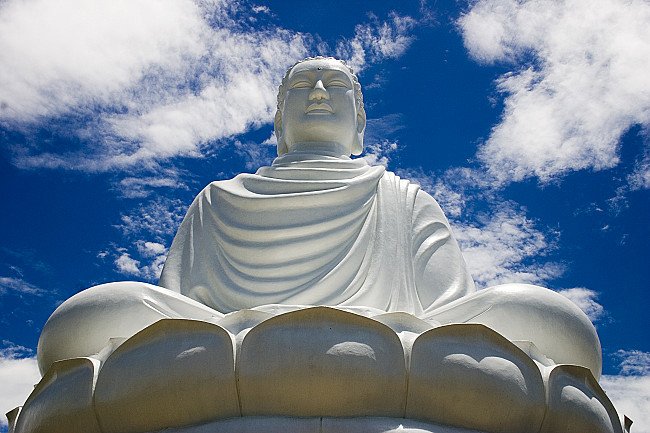 The people of Vietnam have traditionally followed Mahayana Buddhism, which is practiced to this day. Tradition holds that the Indian Buddhist monk Kalacarya was in residence at the Dau temple in the north of Vietnam in the third century and that the Indian scholar Vinitaruci brought Chan Buddhism (Vietnamese; Thien, "meditation") to the same temple in 580. These assertions cannot be confirmed, but we can say that at an early time Buddhism was filtering down from China into northern Vietnam while coming by sea to the south of the country.

Figures in stone and wood attest that Buddhism reached the Mekong delta by the sixth century. While there are no later Vietnamese Buddhas, it is worth noting that the Buddhism practiced in Vietnam today is based on Chan and Pure Land Buddhism, both coming from the Chinese tradition. But Thap, in Ha Bac province in northern Vietnam, is an example of a temple that incorporates Chan and Pure Land elements in its iconography and practice. The Amitabha Buddha from But Thap illustrated here sits with his hands in dhyana mudra (meditation gesture); the edge of an enormous prayer wheel is just visible behind him. Devotees chant the name of this Buddha of the Western Paradise while turning the wheel, an act that requires at least four strong people. 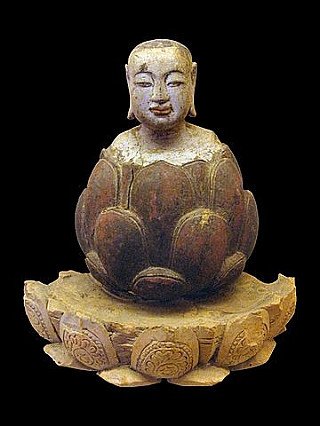 The former kingdom of Champa in the south thrived in Buddhism, which had Indian influenced Buddhist art thriving, similar to their neighbouring Cambodian Buddhist art and Cambodia Buddha statues. The Buddha statues from Chapa were characterized by rich body adornments. After being annexed by Vietnam in 1471, the kingdom collapsed completely in 1720s while the Cham people are an abundant minority across the region. Overall we can say that the Vietnamese Buddhist art has been strongly influenced by Chinese Buddhist art.

The Buddha images from Vietnam are pretty rare, and are popular for their Chinese influenced statues.Antique Buddha statues from Vietnam are available on our online catalog if you are interested in getting any of these old relics.